Leiborschy Runa. Runa was our special choice from The Baker's Dozen and she lived with us and her relatives for her first ten months. Although we hoped against hope that she would carry our plans forward, this was not to be and we made a heartbreaking decision, based on Runa's best interests, to chose Natalie, Ian and Scarlett (Yvie's sister) as Runa's new family. Runa made the two day journey, stopping overnight in a hotel, to France with confidence and interest and now lives in the Alps with her cousin Scarlett. The first photograph was taken on Runa's first full day in France.........the confidence, joy and sheer love of life portrayed in it reassure us that however we are feeling and however much we miss her, she has hit the Alps running. She will always be very precious to us.

Leiborschy Dexter. Dexter starts his new in Bedfordshire with Philip and Eve. He possesses his Mum's coat, colour, confidence and horticultural skills. Philip and Eve are new to the world of Wires but not to dog ownership and Dexter is in experienced hands and will train them in no time. Wire converts within a week we predict! He is already booked in for the 2011 shoot season! April 2010 we are delighted that Dexter and family have moved closer to us now, living in Lincs.

Leiborschy Robi of Lanokk . Robi started life in Wales with her sire Brokk, half sister and brother Lana and Tallon, she was to be Lanokk's foundation bitch. However sadly six months later she was not wanted . We facilitated a home for her and are ecstatic that she now lives with Gary and Catherine in Rutland. Robi has a forever home now and has the company of Henna the HWV and the Eebeegeebee Girls Emily and Grace. Every cloud has a silver lining and Robi is a super addition to Gary and Catherine's plans. Robi is hip scored.

Leiborschy Panndora. Sweet Mabel starts life in The Peak District with Margo the Wire for company. Mabel's sweet exterior hides a little madam who wants her own way and protests vocally, so we are told ( although to us she looks like butter wouldn't melt). Luckily Mabel lives close enough we can meet up and share walks with her as we watch her grow. Mabel attended the Field Training Day 2010 and showed great promise. 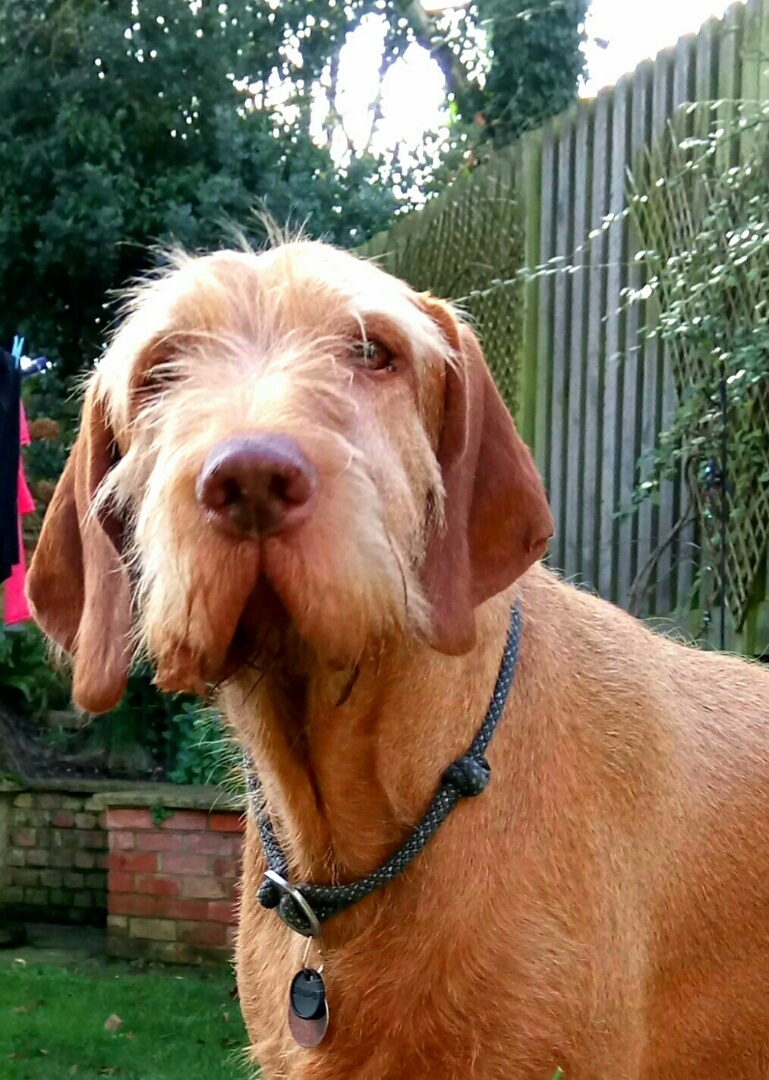 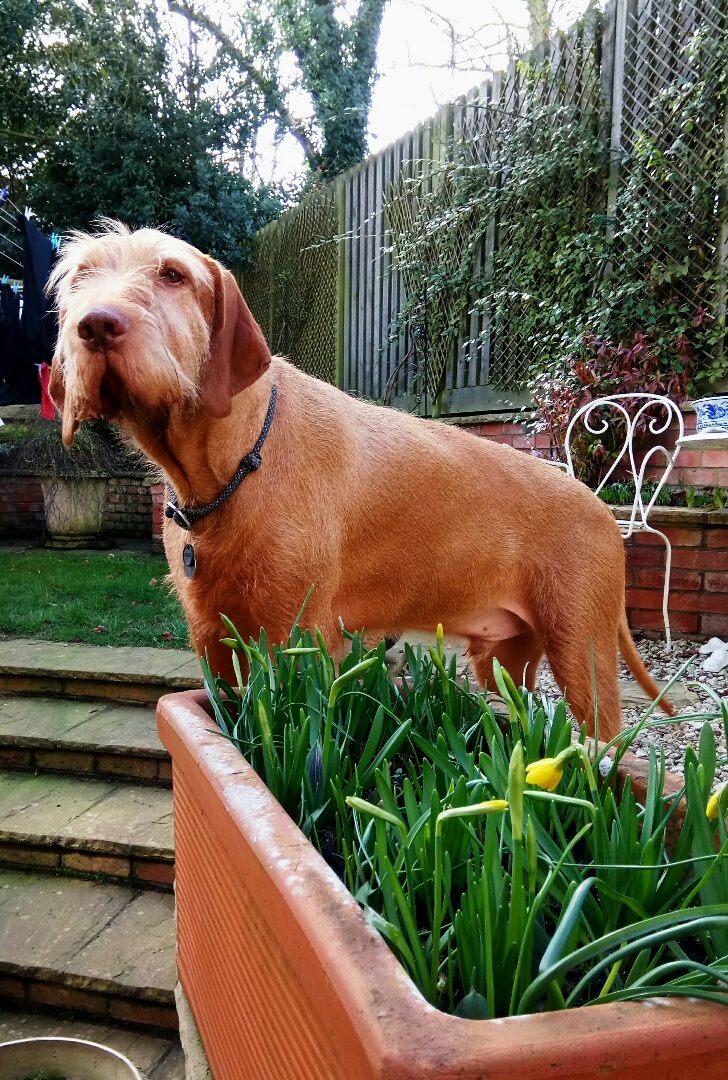 Leiborschy Kupa. Golden Boy Kupa starts life in Warwickshire. His gentle, mature, calm outlook on life will compliment perfectly his new owners Sylvie and Richard.....and make them walk to the shop! Exceedingly elegant and good looking we look forward to watching this handsome boy grow up and bloom. Isn't he just his mothers son!!

Leiborschy Benedek. Ben starts life very close to Mabel in S Yorks with a "zoo" of animals. We are sure Ben will bring back to his owners the joys of dog ownership, after a very sad time and show them how special Wires are. Calm and sophisticated and a real looker we hope to see Ben frequently when we meet up for walks.

Leiborschy Eocornbeald. Archie starts life in Essex as the centre of a very excited family. Love at first lick...........we are told. Archie embodies everything a Wire should be, an all round super puppy and very easy on the eye. He comes at just the perfect time for his family and his Dad is already totally smitten, we think the future holds lots of fun and memories.

Leiborschy Janos. Janos starts life in Wales with two Wires girls Carly and Lola. The most beautiful headed of puppies, Janos is calm, gentle and considered and we are sure we will make a super addition to his Wire family. Lots of lovely walks lay ahead for Janos as he grows and we look forward to progress reports.

Leiborschy Odon. What can I say about Odon "The Pipster"? This miracle puppy knew how to make an entrance and wedge himself firmly in everyone's hearts. Born at 170grammes, he gave us an emotional rollercoaster of a ride in the early weeks but he always knew his destiny was a very special family. Odon leaves us, breaking our hearts, to start life with Friends For Life Winners Harriet and Leiborschy Yepa. A more perfect match we could not have hoped for as Dad Adrian gets the "boy" he has waited for. Hard to let Pip go................but we know he is in safe hands and paws. 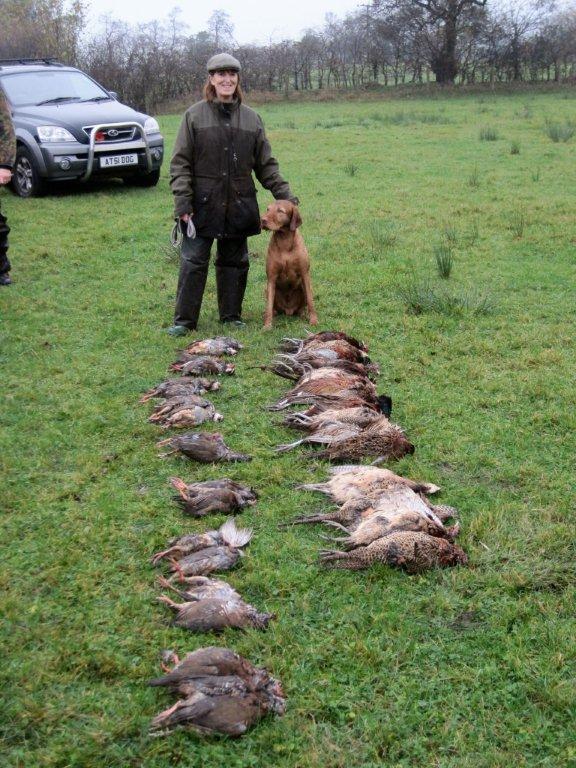 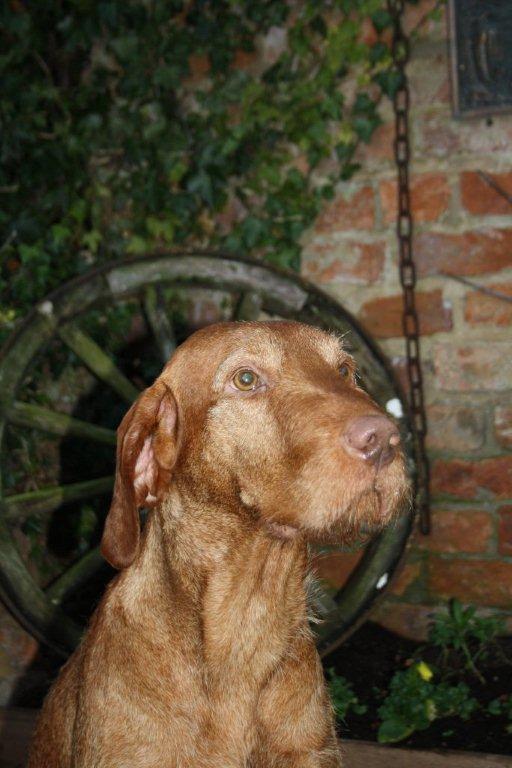 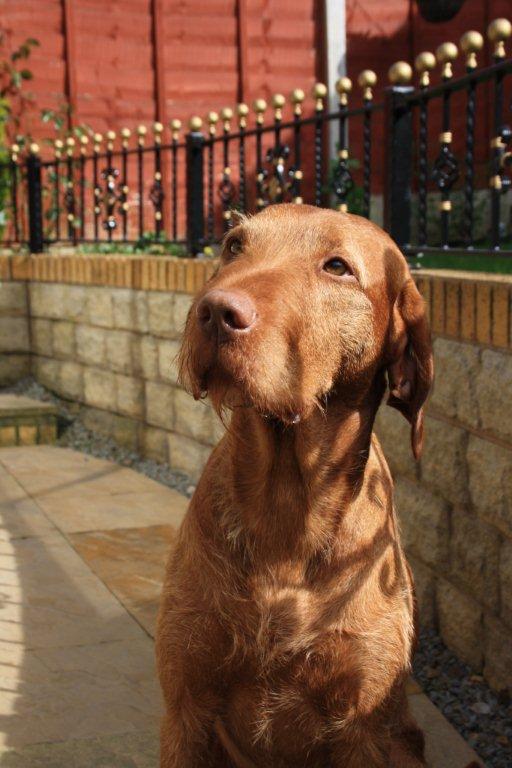 Leiborschy Yerik. Yerik starts life in Lancashire with his half brother Leiborschy Steffan, Digger the Patterdale, George the Yorkie and Jip, a Cocker. Destined for the show ring and to rough shoot, this good looking young man can't fail to please, he captures all his beautiful mother's charateristics. Yerik took his first Reserve Best Dog from a Championship Show at 11 months and had already had a Puppy Group placing at Open Show level. He attended his first shoot 2010/2011 season. and has been regularly worked every season since .Yerik is HUU tested and hip scored.

Leiborschy Ylam. Ylam ( Yo Look at Me !!) Starts life is Sussex with 3 HV's and Leiborschy Mila. A boy who took everyone's eye , he entered the show ring early 2010 and quickly took Puppy Group and Gundog group awards at Open Shows, and he now is consistently in the top awards at Champ Shows. Impressive and hard to overlook, we hope he will bring Mark and Patricia as much success as Mila. Ylam is hip scored and HUU tested.

Fisher's L Ylam. Big strong dog, a little too thick in backskull and he flicks his front feet at the pasterns on the move. Very strong, impressive in build and movement, super coat and tailset, excellent pigment, correct coupling , shows well"

"Fisher’s Leiborschy Ylam, heavier boy who is weaker behind at present which just spoilt his balance but he is a good type with a good head & expression, very masculine in outlook & moved well on well boned legs & feet."

"Leib Ylam W/h vizsla, very masculine youngster with good head & expression, well made throughout. Coat could be better but it is coming! Really scored on the move, powering round the ring. BP PG4"

Best Puppy in Breed and Res Best of Breed

Leiborschy Dover of Szepzeg and Leiborschy Ziva of Szepzeg. Dover and Ziva were here with us until early November 09 when they took the journey that will lead to their new life in Queensland, Australia. Patience, perseverance and planning by Jane-Ann has resulted in us agreeing to let these beauties go across to the other side of the world. I cant say we aren't daunted by the prospect but feel that the puppies will have a wonderful life with a very focused owner, who already has 3 Wires. Roo Roo Dover will entertain everyone with his Husky impressions ( those who have met him will know what we mean). Very Yendahesque, he knows how handsome he is and will set about convincing everyone else, from the minute he sets foot in the ring. Ziva is calmness and placidity itself......until you call her name ! A delightful little lady, Ziva carries to Australia everything Jane-Ann asked for and is at the heart of her plans and dreams. We are delighted to be part of those and hope we will remain so well into the future as we all embark on this exciting adventure. Sept 2010 Ziva gains her final points now to be known as Australian Champion Leiborschy Ziva of Szpezeg