Crufts this year was story we simply could not have written!!

Although we had entered Crufts with Mallard, Ravasz and Jante, Diane's Endometrial Cancer diagnosis in mid February with surgery as soon as possible meant that we would not be attending Crufts . We were terribly disappointed and very reluctantly let go any thoughts of attending even as spectators as Diane's surgery was scheduled for Thursday 10th March, the day before Crufts Gundog Day. With eighteen hours to go before  HWV judging and having been in Castle Hill Hospital Surgical Admissions Lounge since 0700 in a theatre gown, paper knickers and DVT stockings, Diane's Consultant informed her that theatre had over run and her surgery was cancelled. We were over the moon and raced home to  prepare for the show the next morning as we had to leave at 6am.

We were meant to be there !!

Thanks to Rob Stephenson, Hannah Walsh and Julie Greaves for the photos 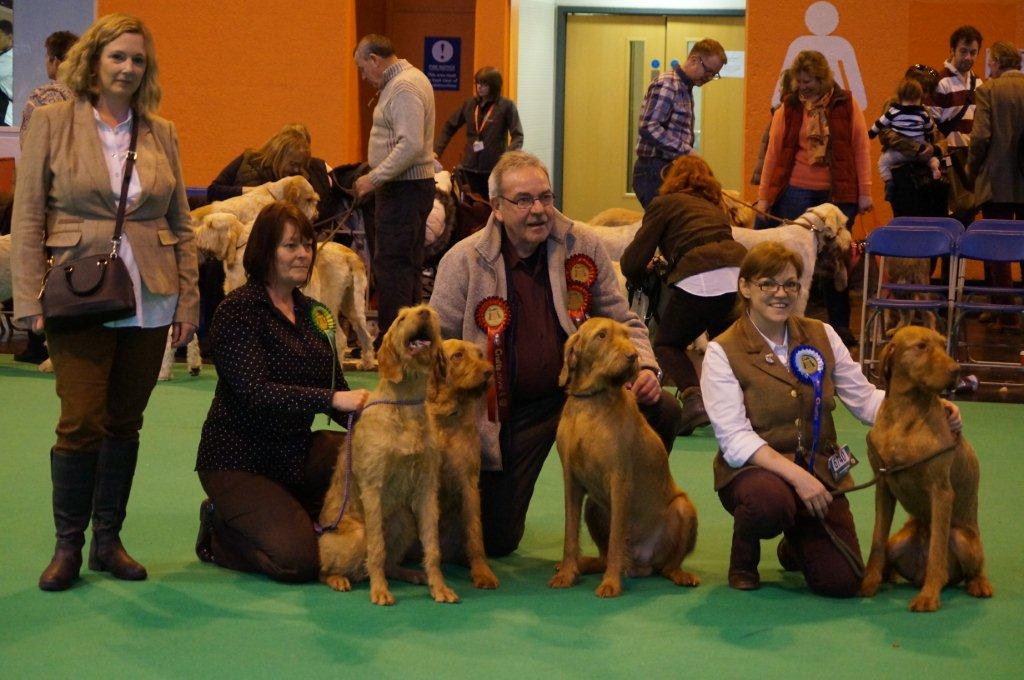