Out of the Blue

A repeat mating of my 2016 litter but very different to that  litter.

Rena came into season three months early so although planned, the timing of this litter was out of the blue. Six weeks after moving house these babies arrived and are the first "Little House" litter. 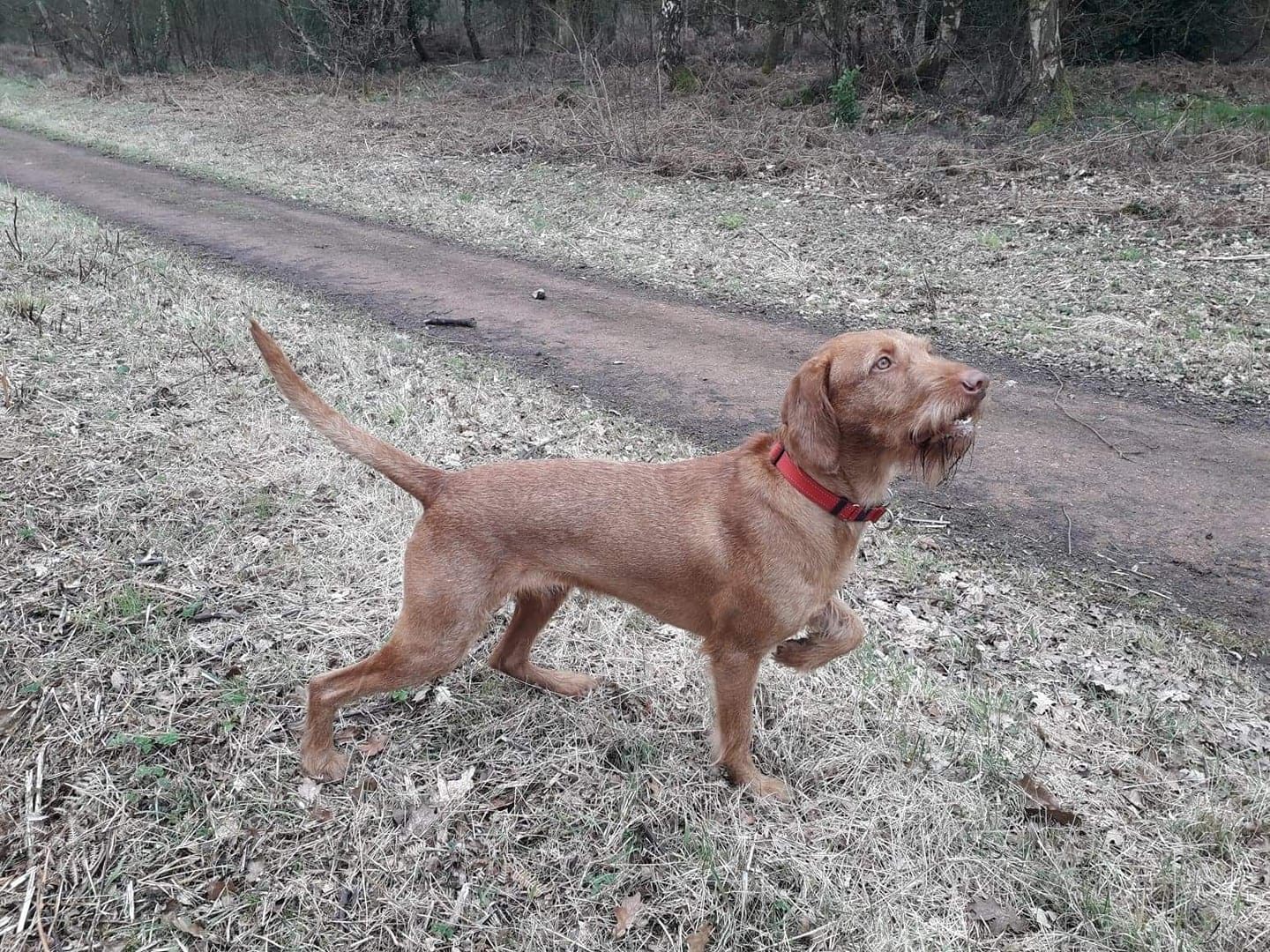 Leiborschy David's Boy. So named as he was born, naturally, in the presence of my supervet, David. Remus starts life in Notts with very experienced Wire owners and Leiborschy family members. A very sensible, considered, thoughtful puppy Remus never acted without thought and was often seen just patiently watching the other puppies in the litter. Remus possesses a lovely dark tight wire coat and typical breed conformation. 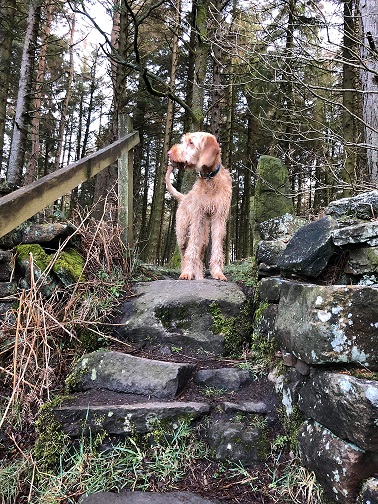 Leiborschy Rena's First Blue. Alfie starts life with two very patient owners. The image of his Dad Alfie is destined for a lovely life split between home and Devon. An upstanding puppy with a sense of humour and fun Alfie is a perfect introduction to the breed for Mel and Mark. 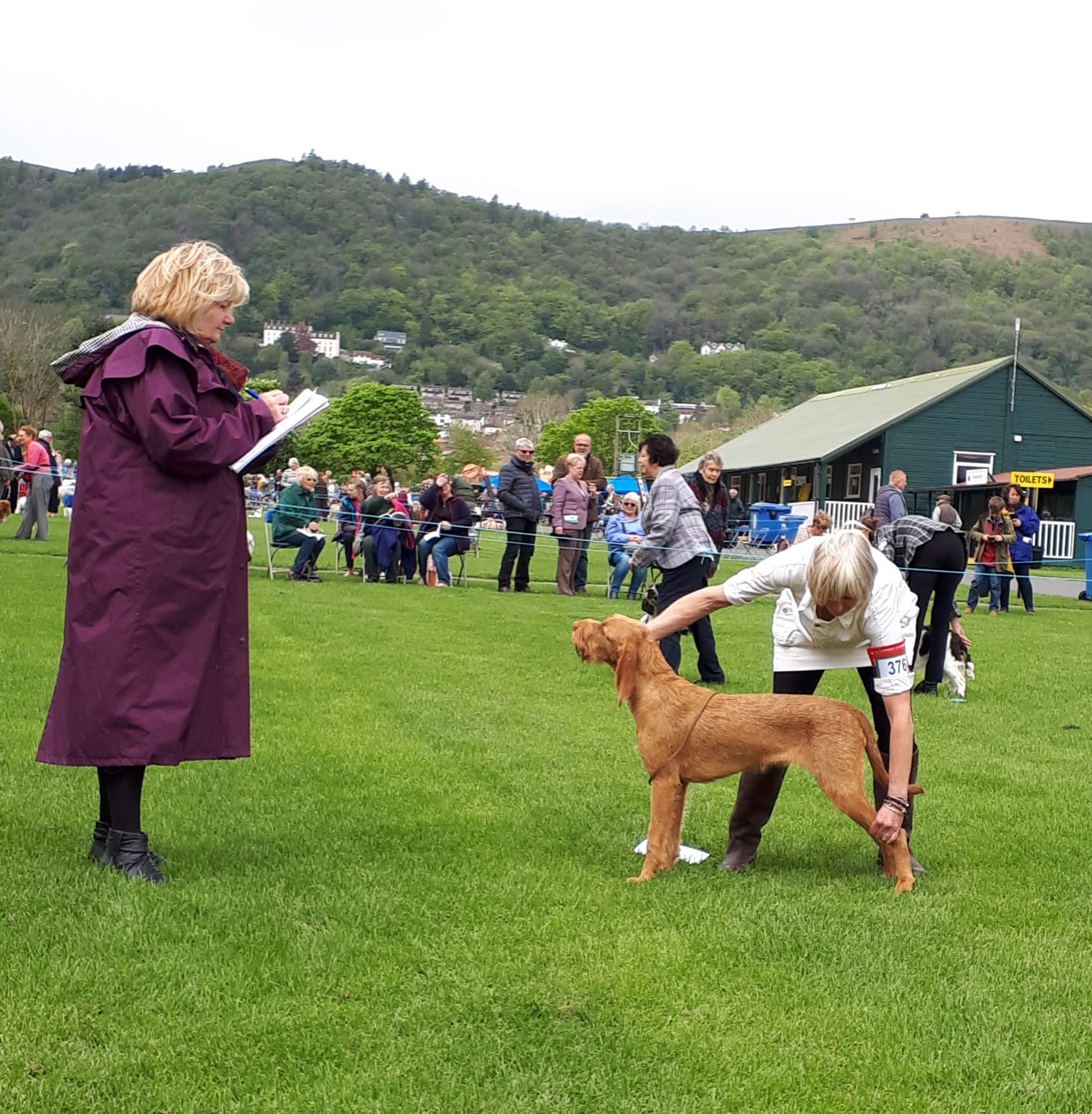 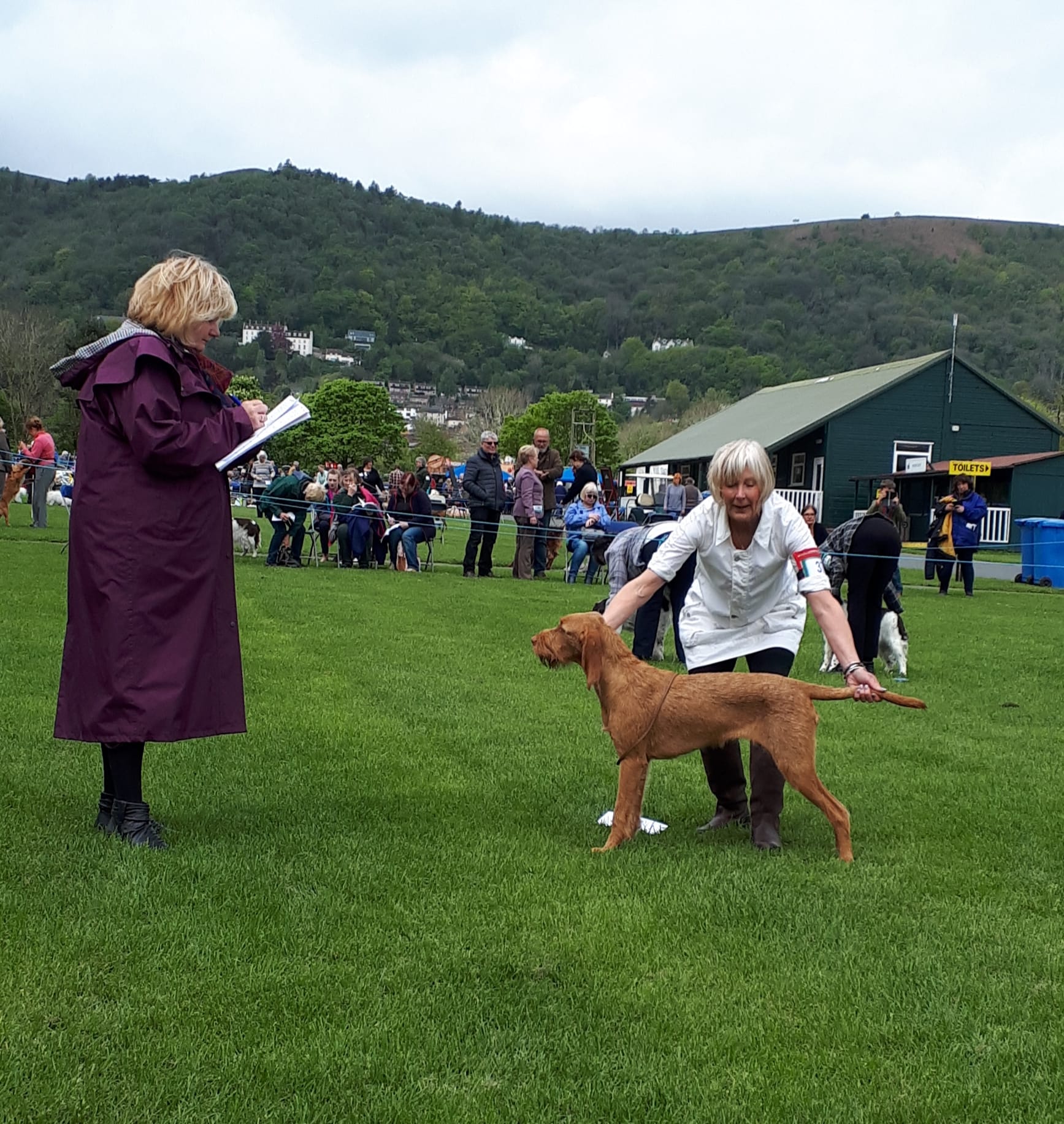 Leiborschy Mazarine. Kaixo starts her new life very close to me and I see her often. She is now a companion to Skye, a smoothie, and will introduce her owner Amanda, to the show ring. A puppy filled with confidence and vigour she reminds me and others who met her very much of Leiborschy Lajka. Kaixo qualified for Crufts 2020 at her first championship show by winning Minor Puppy Bitch.

" Leiborschy Mazarine More feminine than 1, this 7-month old girl has the most delightful, beautifully proportioned head, with muzzle stop and skull all so pleasing. That head is also beautifully furnished without being overdone - one of the best of the day, in fact. Eyes need to darken, as befits age. Coat of mid-russet and good texture. Chest is of reasonable depth but would prefer more length of rib and she is also slightly short in body, tending to lose her topline when stacked and on the move. Nice tight feet."

"Another promising puppy with a balanced head and moderately set ears. Level back and a moderately thick tail. Moderate tuck up and bend of stifle. Preferred coat texture of winner."

Birmingham National May 2019 Judge B Stamp

"A finer bitch throughout. Pretty head of good proportions, good length of neck leading to correct shoulder placement. Ample rear angulation and correct harsh coat. Had a high tail carriage on the move"

"pleasing head, good outline and right for size. Has good leg to depth and length of ribs. Need to come together behind, standing and moving" 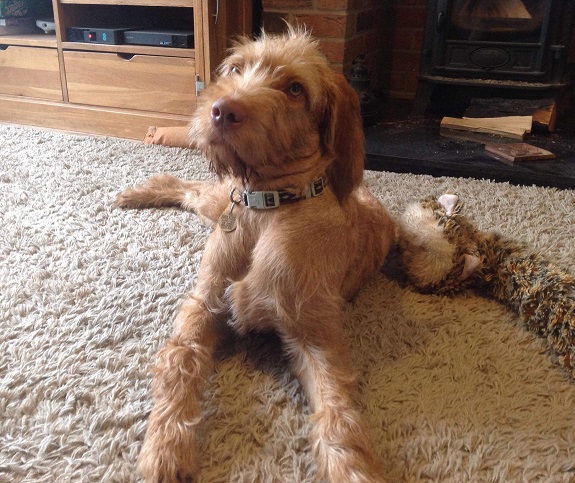 Leiborschy Periwinkle. Roo starts life in Essex with Winnie the Wire as a housemate, Winnie is a Mallard daughter so the two of them are closely related. Secretly Roo was the choice of Ness and Terry from the get go so they were delighted to get the news that she would be heading their way. Another confident puppy, very feminine and a super combination of her mum and dad. 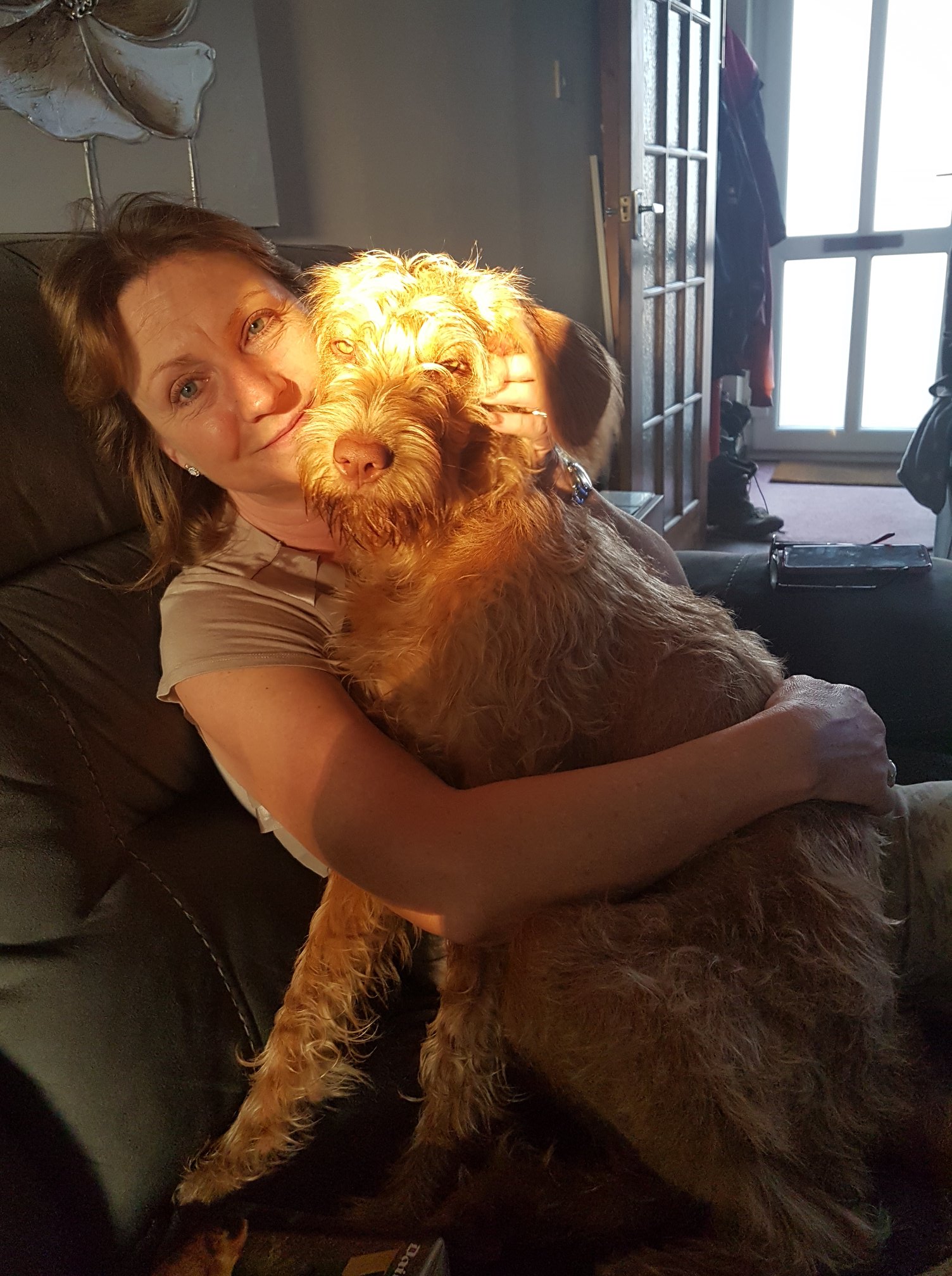 Leiborschy Prussian. Amber starts life in Poole, spookily very close to mybrother and his family. An ultra feminine puppy with a gorgeous expression she typifies the breed to perfection and is a perfect introduction to the breed for owners.

Leiborschy Out of the Blue Four. Harvey starts life near Selby and is a long waited for addition for his owners. An upstanding, charming young man who is very much like his dad.. He has a sense of fun and devilment yet still an affectionate, loyal , kind character. I think Harvey is exactly what his owners waited for. 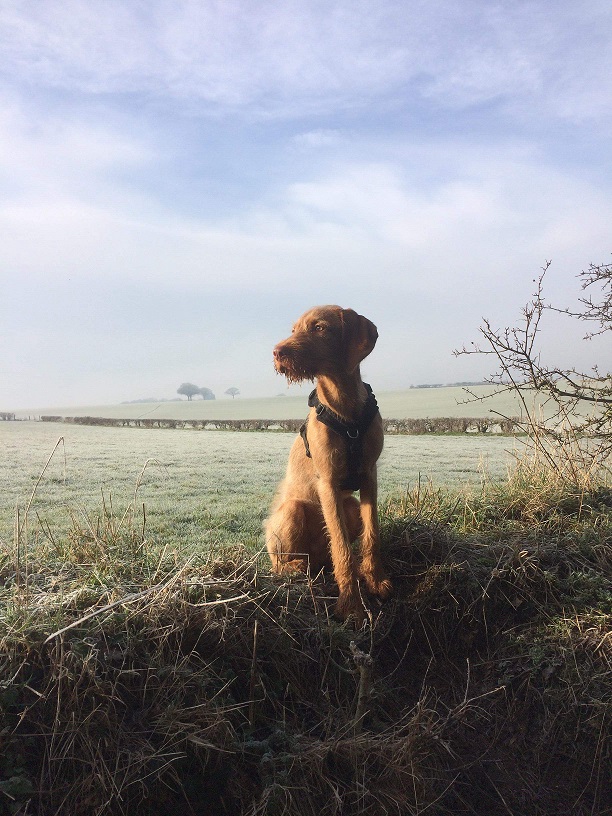 Leiborschy Wedgewood. Viktor was a remarkably sensible puppy, never given to tom foolery, very bright with his training and always thought before acting. He starts life in Staffordshire with owners who have done a considerable amount of research into the breed. Viktor is as bright as a button and has owners who are willing to keep up with and stretch him in his training. He too is a perfect introduction to the breed and will have a super outdoors lifestyle so suited to Wires. 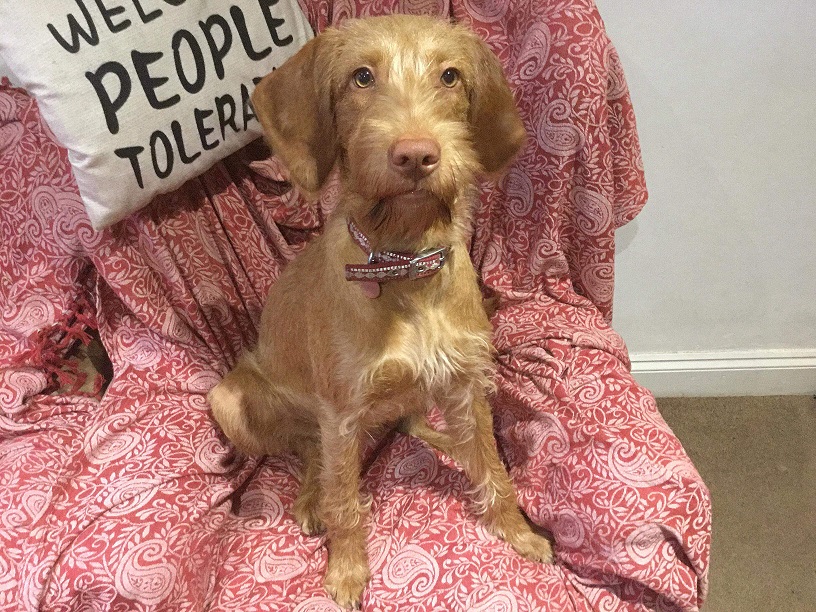 Leiborschy Zapphire. Grace starts life in London with her two year older brother, Rufus. Similar to Mazarine, Grace exudes confidence and wit and will show her owners the joys of owning a clever girl. So very different in looks and character to Rufus Grace will keep them all on their toes and paws.

Leiborschy Cesious. Birch starts life in The Borders after a very short wait, some things are just meant to be! A total outdoor life awaits this supermodel who has settled right into the heart of her family very quickly. She has weaved the Wire spell and her owners are truly smitten.