Leiborschy Joska. Sometimes, just sometimes, things work out even more perfectly than you ever dared hope for. This is the case for Oska as he puts everything behind him to join L Ekko and his owners. Adaptable, forgiving, responsive , charming and robust ( oh and handsome too) he becomes the other half of a perfect pair. Very dear to us, we will see lots of Oska as he grows up alongside Ekko .Oska competed in his first Working Test in September 2009. Oska is Huu tested.

Leiborschy Bishy Barney Bee. With a name like that, Bee could only ever be going to live in Norfolk. With Lill for company and guidance and a "mum" with a special interest in training the sky is the limit for this puppy. Which direction Bee will take in training will be decided entirely by her. Bee passed her KC Bronze Good Citizen Award at 9 months.

Leiborschy Yalda. What a surprise for the New Year as Dirk heads off to Gloucestershire to live with Stig ( L Yuli). Was it always meant to be???? oh we think it was and Sarah, Tim and the children agree. How these Wires have won over one particular member of the family is truly extraordinary!

Leiborschy Csermely. If I had to use one word to sum up this little lady it would be pink. It could be bows. ribbons, lace or marshmallow but its PINK. The girliest of girl puppies ,Brooke is a total sweetie and a charmer. Just what Phil and Rachel ordered, Brooke starts life in Dorset. To say they are besotted is an understatement.

Leiborschy Malka. Scarlett started life in Walton on Thames with Ian and Natalie. Approved by ALL of the family this busy, busy, escape artist puppy will keep them on their toes. Scarlett passed with Merit The Gundog Club Grade One award aged 9 months . Scarlet moved the France in January 2010 with Natalie and Ian and now lives in The Alps. She now has a very outdoors life with snowy walks and mountain trails and in June 2010 Scarlett was joined by Leiborschy Runa to complete an Alpine pair.

Leiborschy Heisgeir. The HWV population of North Uist doubles as Darwin travels there to reside with Hector ( L Buli). Very "Mallardesque" this puppy takes everything in his stride, including the very long journey home. An perfect contrast and compliment to Hector ,these two boys will be a fantastic pair.

Leiborschy Hebe. Hebe begins life in Northants with Rufus as a housemate. 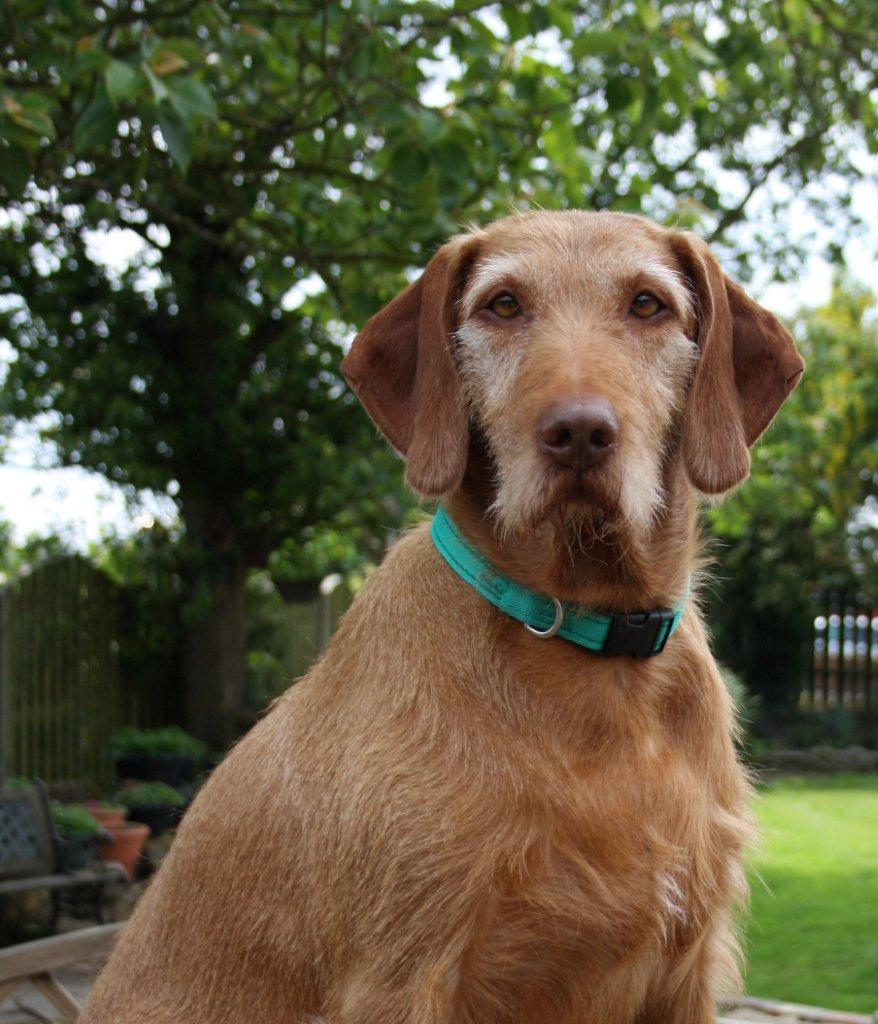 Leiborschy Yvie. Yvie spent her first four years here at Leiborschy but in September 2012 started a new life with my very special friends Jen and Sue. Fate provided an opportunity for all of us and heart breaking as it was Yvie now spends her days entertaining Jen, Sue and Floyd the Min Poodle with her bonkers antics. Her new family are totally smitten with her and have described her as a 25kg hot water bottle with no steering or brakes when on a recall!