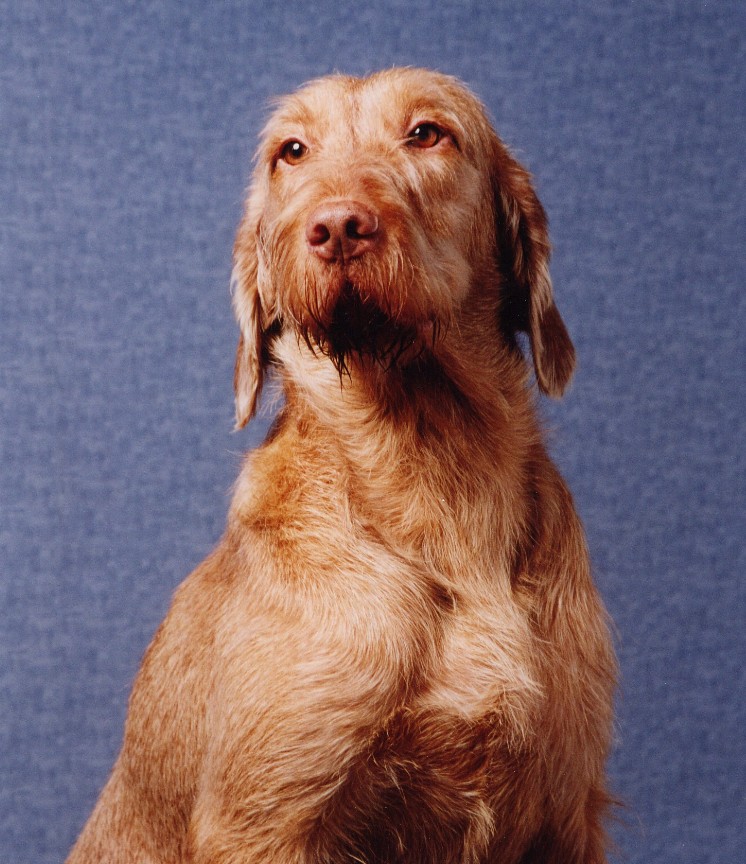 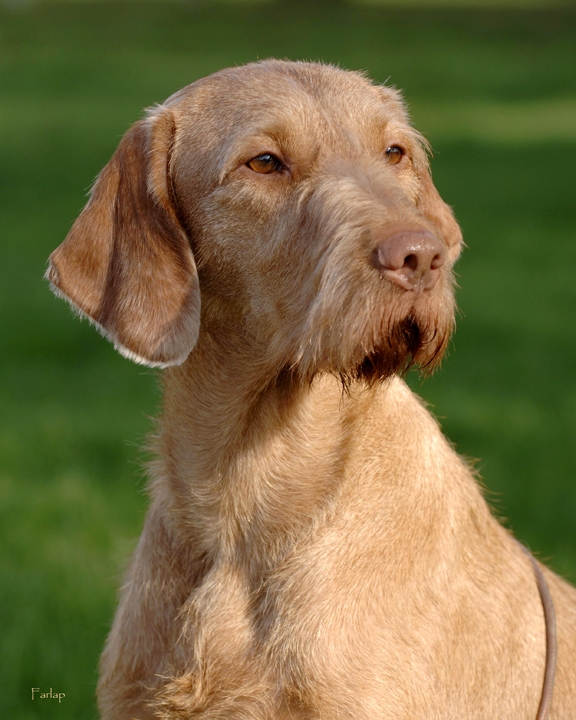 Henry and his daughter Yendah 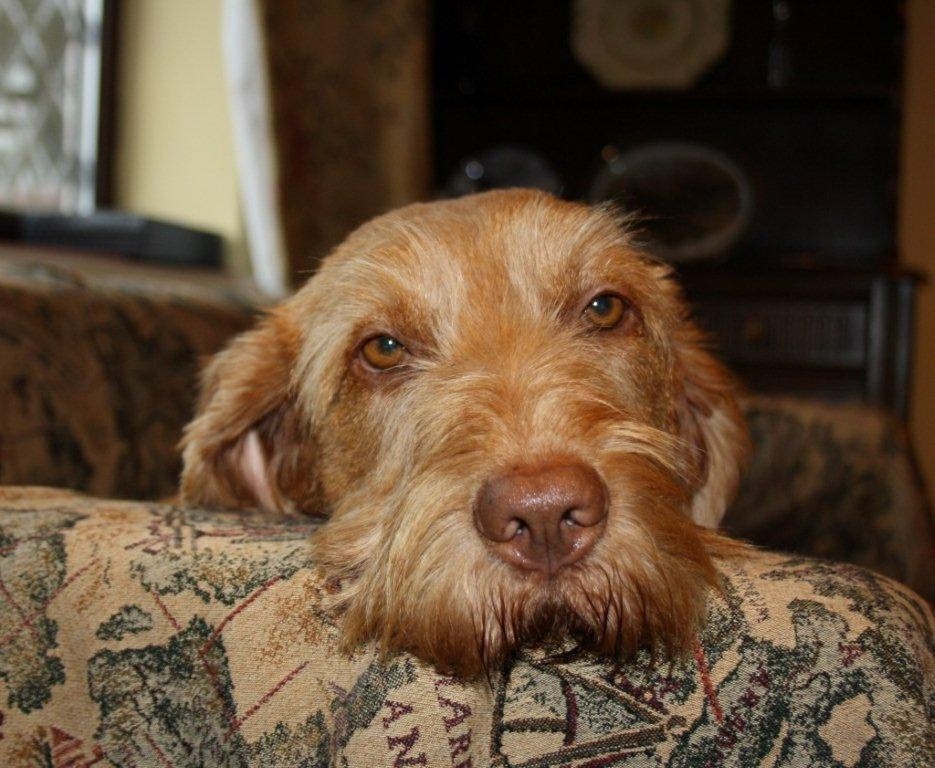 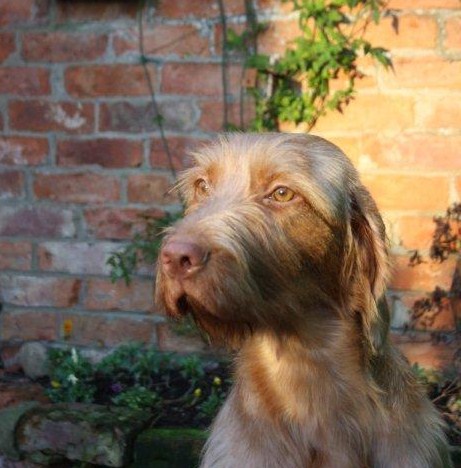 have owned Hungarian Wire Haired Vizslak jointly since 1996 when I fell in love with the newly imported dog, Arany Mezo Burny of Elmsall. I purchased a puppy sired by "Burny" with Shannamaya Piroshka, a bitch from the first UK litter.Having had dogs of different breeds all my lives, I quickly realized that the HWV was a very special breed. At this time registrations of the breed stood at 84.

I quickly became captivated by our puppy Moricroft Mishak, who had moderate success in the show ring culminating in a Crufts appearance in 1997. Sadly he died in 2000 after going into an Addisonian crisis. My interest in the Hunt, Point and Retrieve breeds was further fuelled by the ownership of two German Wirehaired Pointers. My next acquisition was another HWV, this time a part trained Falconers dog, Gavic Gold Bullion of Leiborschy. Henry showed me the working potential of the breed and we were sold on not only showing the dogs but just as importantly, working them. My foundation bitch arrived in 1999 , the beautiful Lanspar Tarkony, from a repeat mating that produced , what I regarded then and still regard as a benchmark for the breed. Lanspar Korisfa. Lanspar Tarkony of Leiborschy ( Nona) could not have given me a more solid foundation for my breeding and she remained the matriarch throughout her life....... she is what I will return to again and again to inform me of future breeding decisions. I regularly exhibit at Championship and Open Shows and our dogs and those of my breeding are very successful in the ring, Leiborschy Remek, from our second litter taking the breeds first ever Challenge Certificate, awarded at Crufts in 2011.

Much work and very quick learning went into furthering Henry's field training and this training brought together an interest for birds of prey and a respect for the capabilities of a working HWV. Nona trained me in the ways of the show ring and I was able to experience the capabilities of or dogs in ring and Field.

I organized training days for Field and ring for HWV owners and are delighted to allow our dogs to show off their abilities. My breeding have taken part in Spring Pointing Tests, Gundog Working Tests, Grouse Pointing Tests, Field Trials and training days. One of my dogs holds the KC Preliminary Stage of the Working Gundog Certificate ,I believe one of only three wires to hold the award.

I am a member of the HWVA and a founder member of the Bracco Italiano Society. I am a former Chairperson of the HWVA and currently holkd the post of Kennel Club Breed Health Co Ordinator. I am past Secretary of Crowle Agricultural Show Canine Section.I am on passed to award Challenge Certificates in the breed and jusdged the HWVA Championship Show 2019.

In July  2017 I attended a Life Skills For Puppies Training for Trainers course at Lincoln University tutored by Dr Helen Zulch and Professor Daniel Mills, veterinary behaviourists and authors of the training programme. In July 2019 I attended a practical workshop in Canine First Aid and CPR. I was awarded a Distinction in Teaching People Training Dogs (Cert TPTD) from Waggawuffins Canine College in Sept2019 and run dog training classes, TalkingTailsTraining on facebook. I am Waggawuffins Approved Instructor. 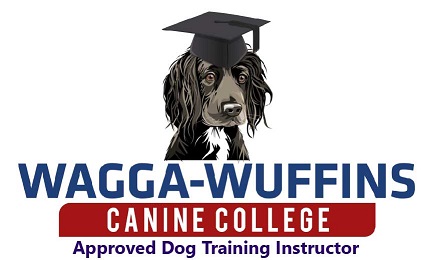 If you, too, think it's "just a dog" then you will probably understand phases like "just a friend", "just a sunrise", or "just a promise." "Just a dog" brings into my life the very essence of friendship, trust, and pure unbridled joy. "Just a dog" brings out the compassion and patience that make me a better person. Because of "just a dog" I will rise early, take long walks and look longingly to the future.

So for me and folks like me,it's not "just a dog" but an embodiment of all the hopes and dreams of the future, the fond memories of the past, and the pure joy of the moment. "Just a dog" brings out what's good in me and diverts my thoughts away from myself and the worries of the day.

So the next time you hear the phrase "just a dog" just smile, because they" just don't understand". 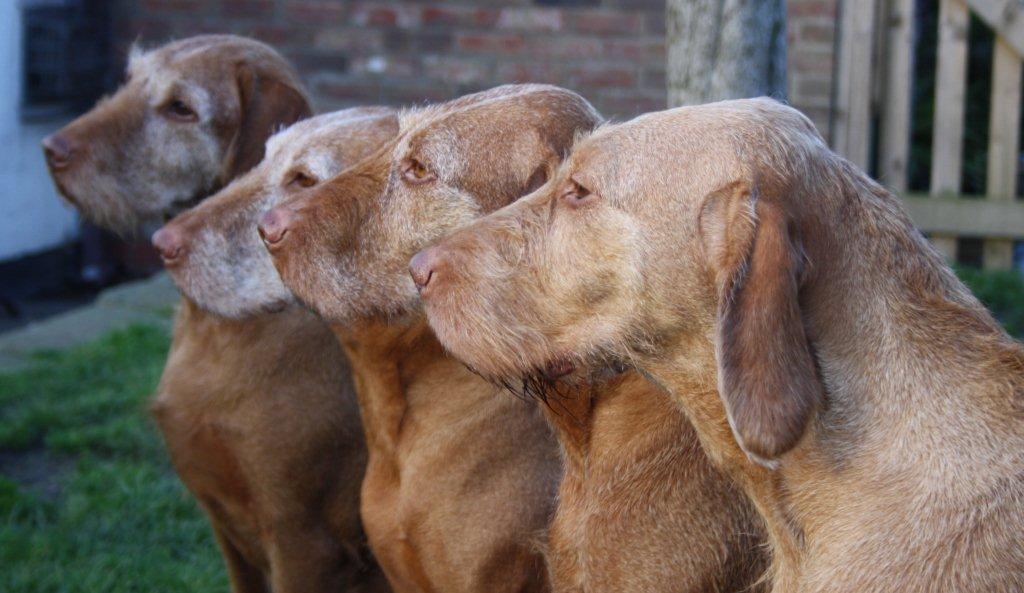