On this page you can watch these little miracles grow and flourish.

Marred by tragedy throughout the time they were with us and beyond, these puppies have the very important job of forcing hope and optimism to rise to the surface amongst a sea of sadness. 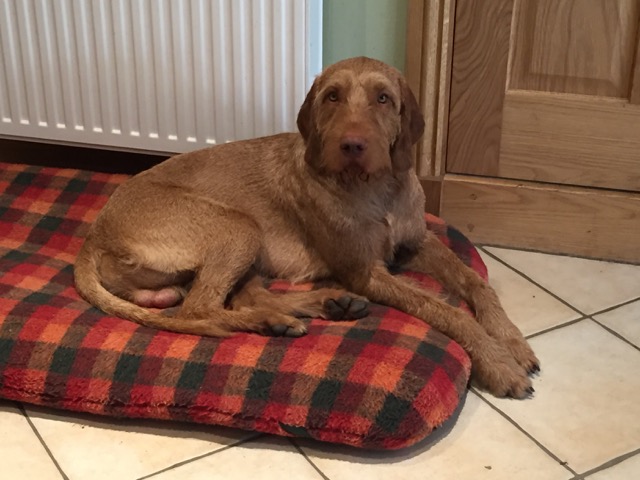 Leiborschy Keshi Lend A Hand. Keshi goes to live with his Grandfather, Griet's father, after thoughtful and patient contemplation from Sue, Malc and Raffi. Keshi joins a dog family of Gladys, his Grandad Scrote, Dan and Jaffa and has fitted in perfectly in Wiltshire. A sensible, adaptable puppy who loves his food and his numerous beds. We will see Keshi in the show ring, doing his Mum proud. Keshi is HUU tested. 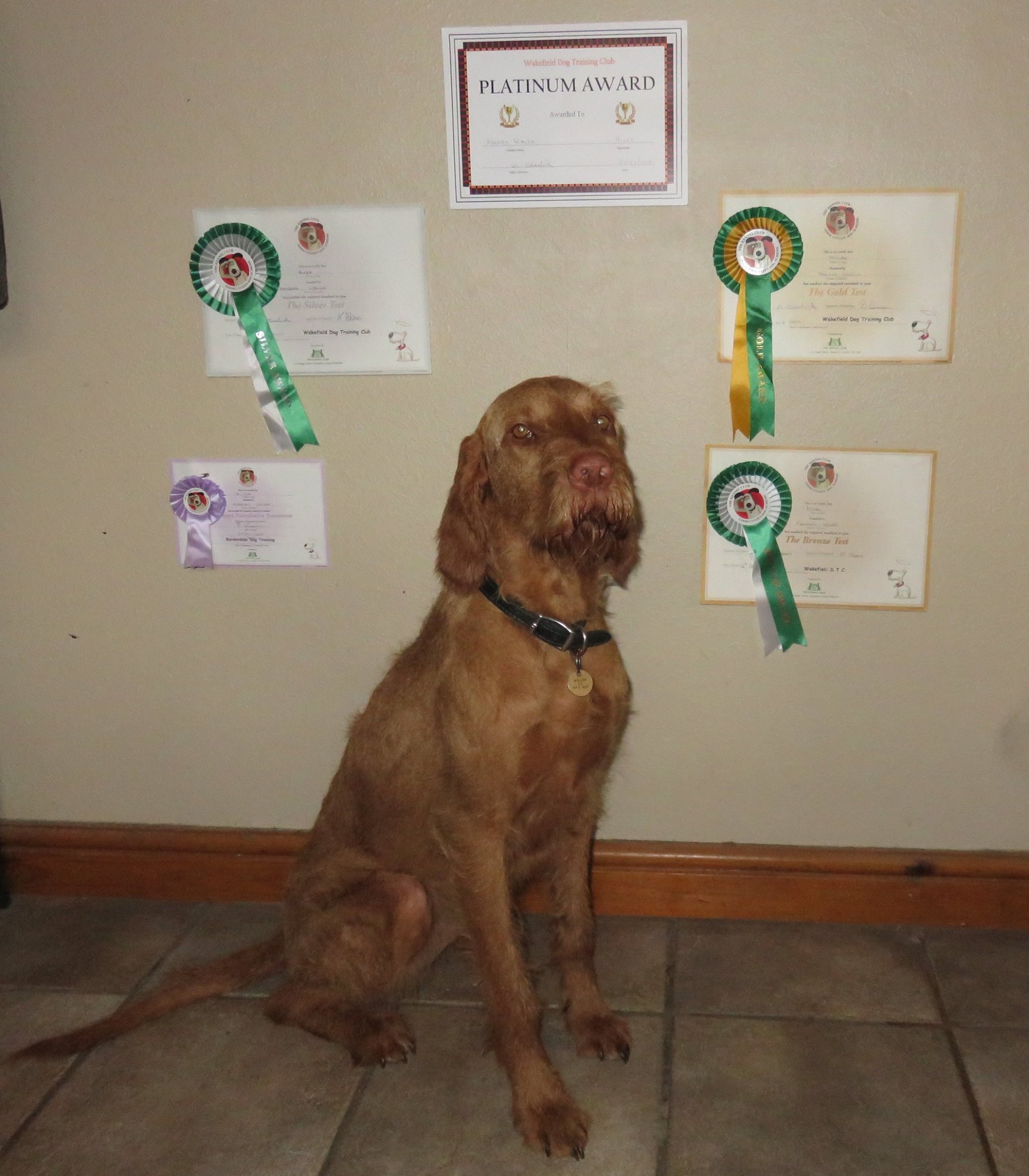 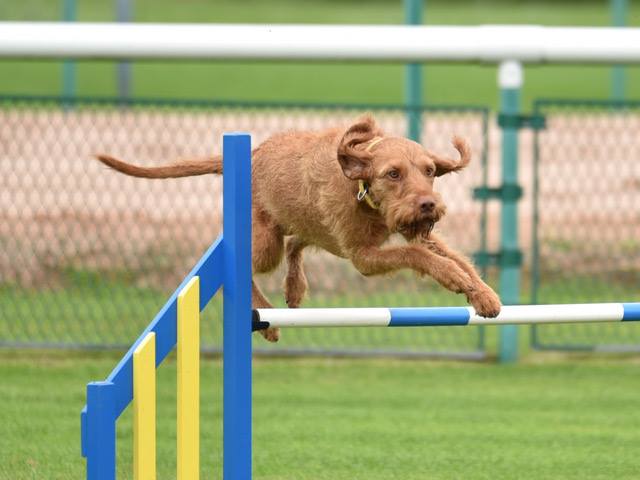 Leiborschy Brunhilda Ad Lib (AW) S. Hilda was the looker of the litter, stunning and eye catching. She starts life in West Yorkshire the constant companion of Hannah although Hilda's fan club extends far and wide and has a burgeoning membership. We have never known a puppy to have so many positive experiences from the start and are amazed she packs so much into life. We have no doubt that Hilda will grow into a well rounded, beautiful Wire and will be a credit to Hannah's commitment to Hilda. Hilda was awarded The Kennel Club Silver Good Citizens award in March 2016 and her Gold in June 2016 she and Hannah are also excelling at Agility. Hilda was awarded the highest KC Platinum Good Citizens Award in April 2016.This completes every KC  level available to Hilda, I am extraordinarily proud. Hilda has been awarded the Kennel Club Bronze and Silver Agility warrant. 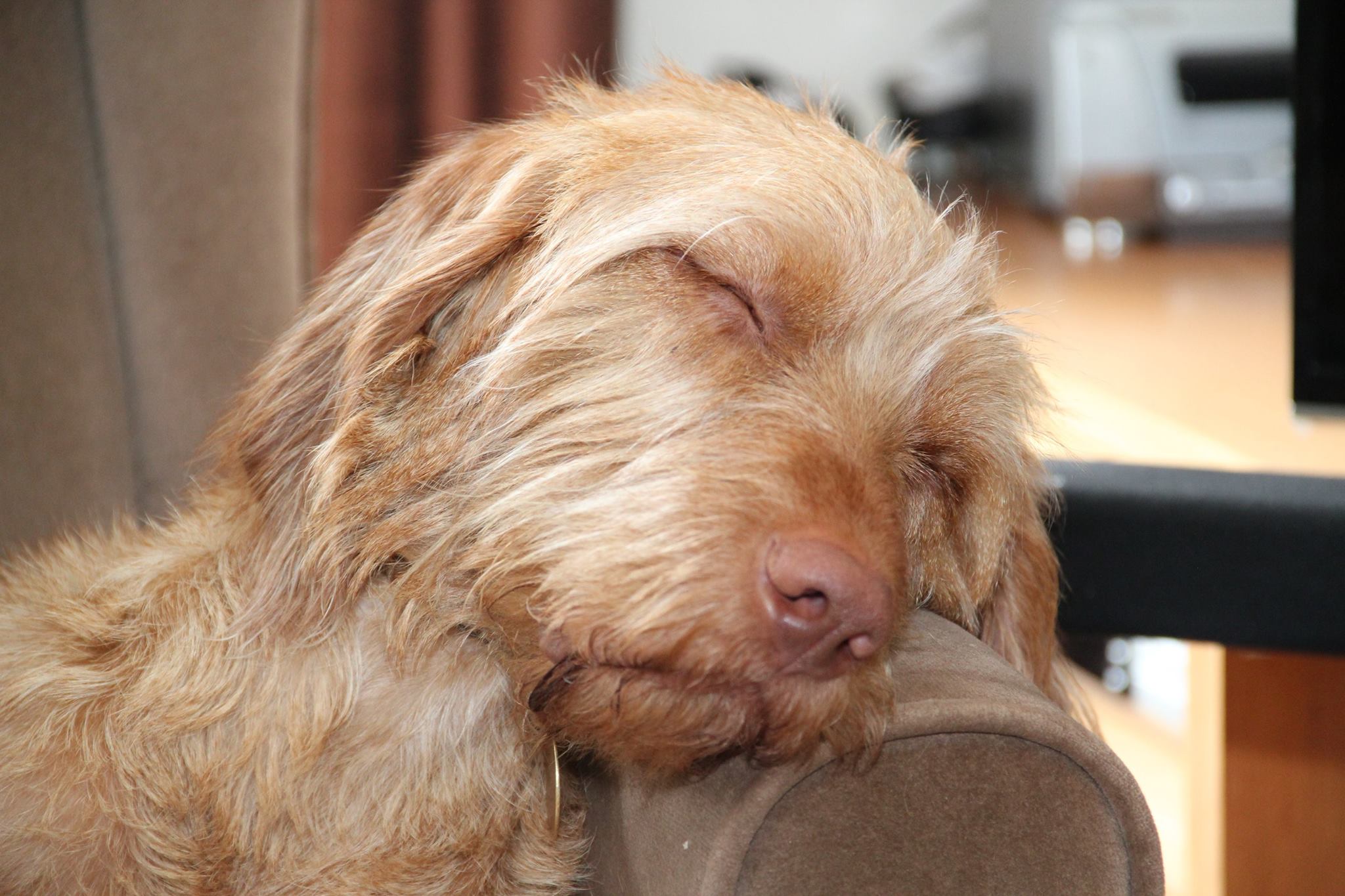 Leiborschy Lutza In Union. Lutza starts life in Norfolk with Toby the Wire. She was a puppy who was  medium and moderate in all that she did,  a joy to rear. A pretty girl who was neither too much nor too little, she was calm and placid ( although I'm told she has developed quite a character since meeting Toby!). Pictured here graduating from Puppy Socialisation. Lutza attained her Kennel Club Gold Good Citizens award in December 2016. 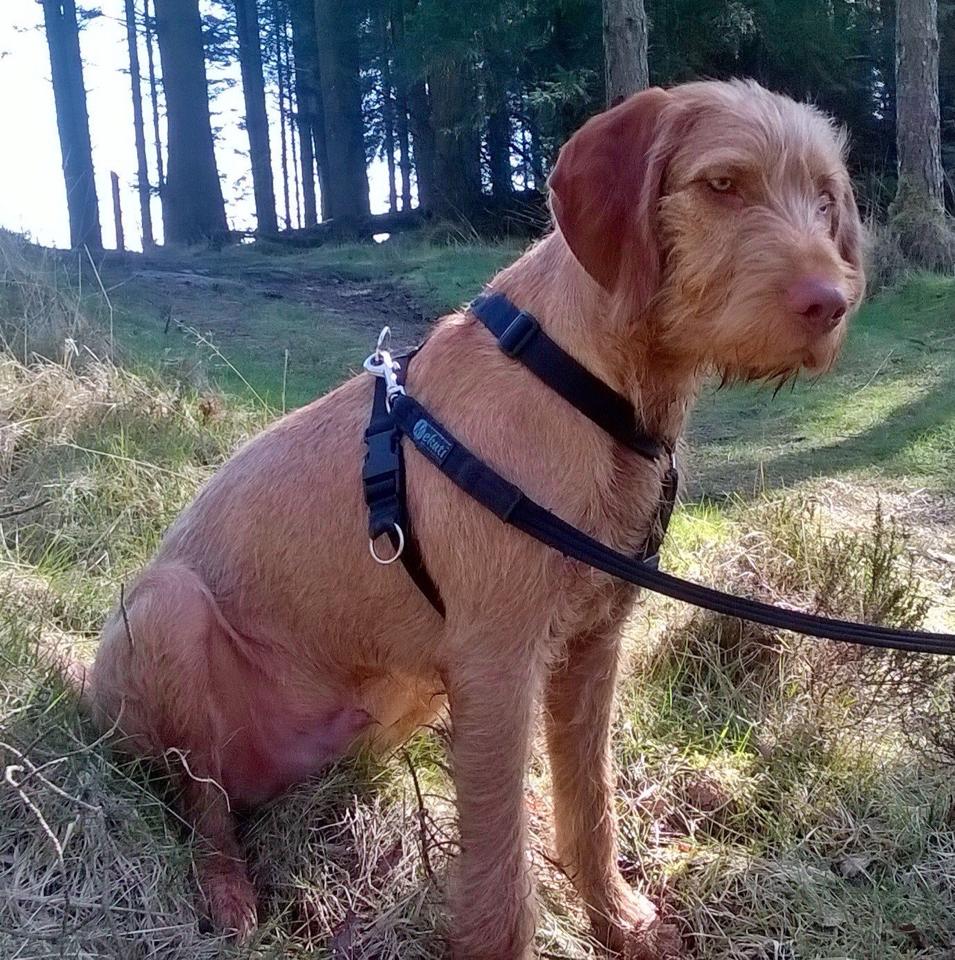 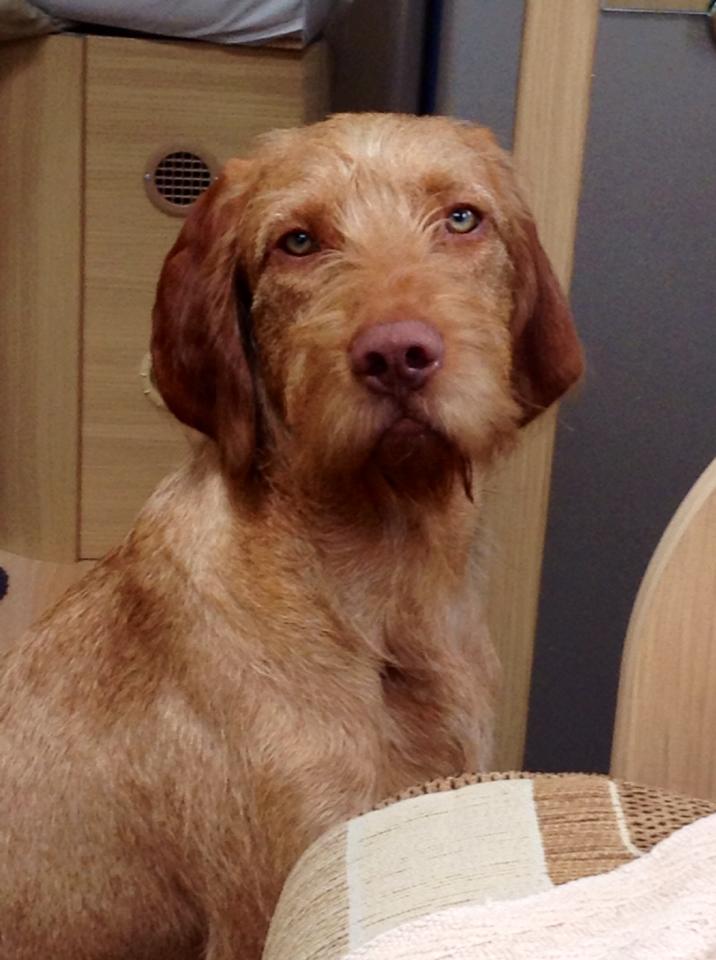 Leiborschy Laric A Quest. Laric ( Jabu) going to live in South Cumbria with Keith and Carol is and heartbreaking story with a happy ending. Leiborschy Nduna Bytia has been described by Keith and Carol as a shooting star who came into their lives far too briefly, but lit it up. Induna  was Keith and Carol's choice from the litter. A maverick of a puppy, stood out, an amazing little boy, bright and intelligent but whose life was far too short and who  was lost after surgery, aged 13 weeks. Jabu is now bringing a smile back to Keith and Carol and filling their days with happiness. A calm, thoughtful but above all kind puppy, we have high hopes for Jabu as he is nurtured and encouraged by two very, very experienced dog parents. Jabu is HUU tested. 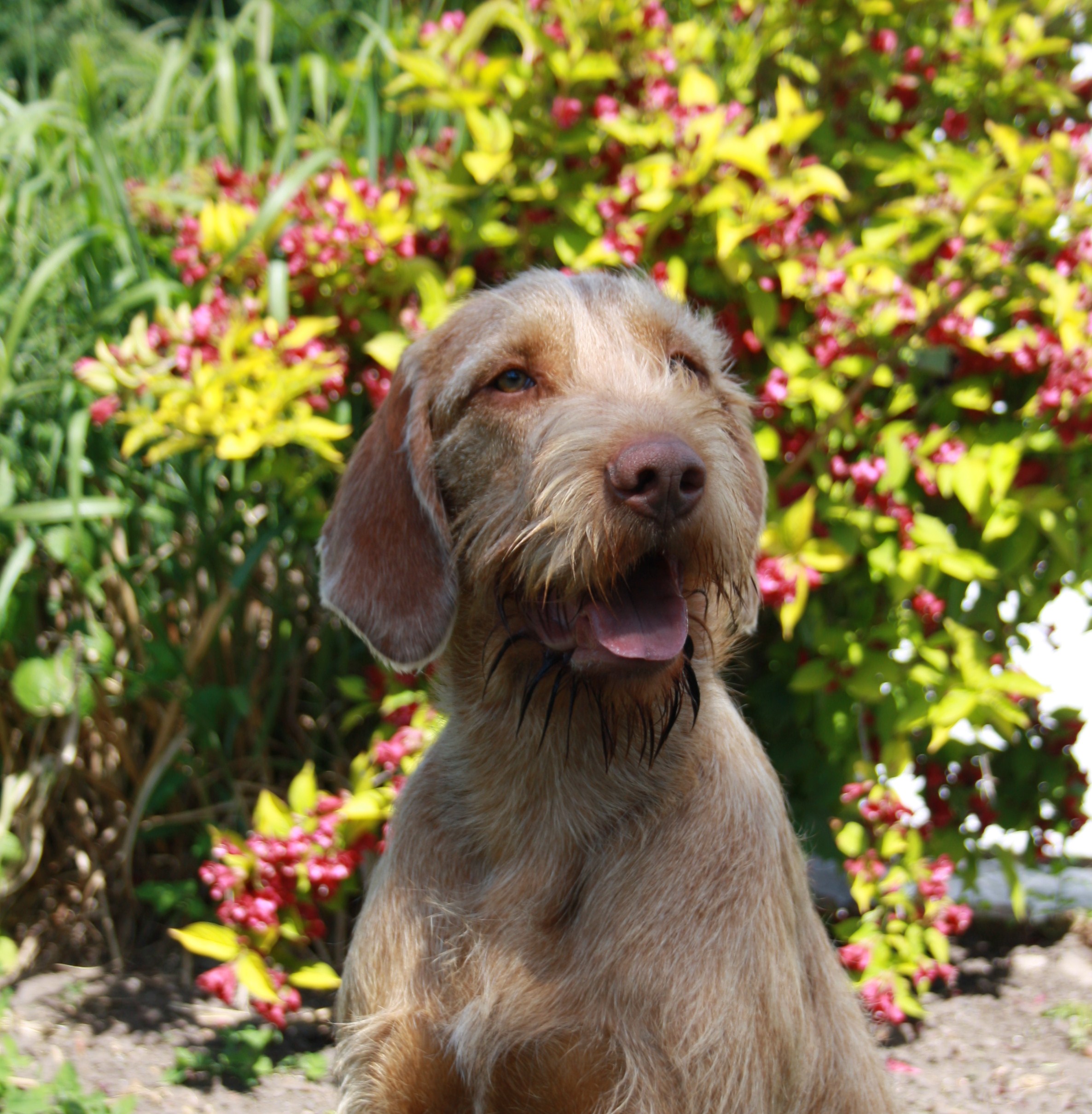 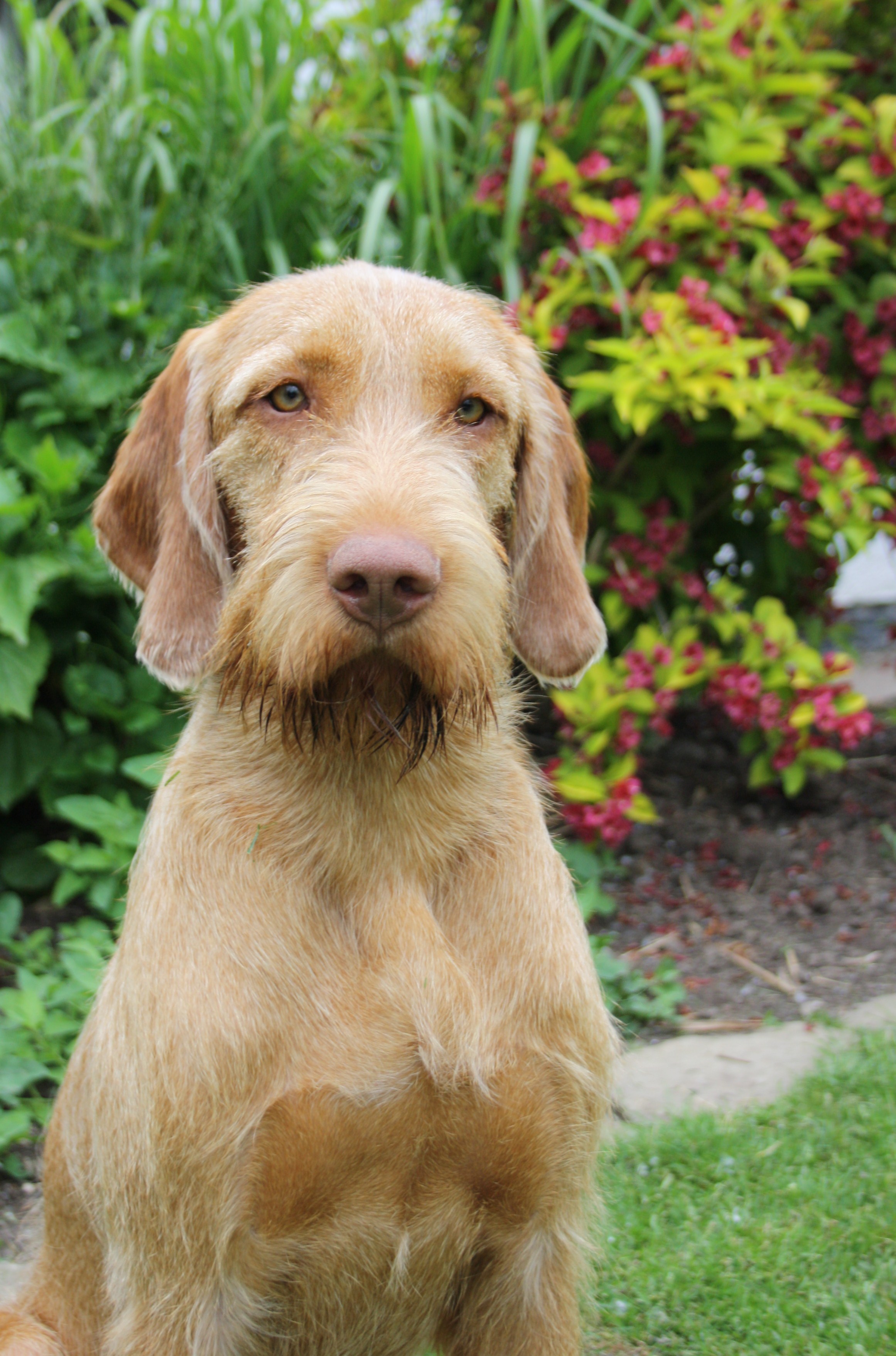 Leiborschy Mylo By Teamwork. Mylo starts life with Collette and Steve in Lancashire. Handsome and striking, he could be a bit of a devil and ALWAYS played to the crowd! Mylo was quick to learn................sometimes too quick and we are sure he will be a fantastic introduction to the breed for his owners ( if they can keep up with him). Mylo is HUU tested. 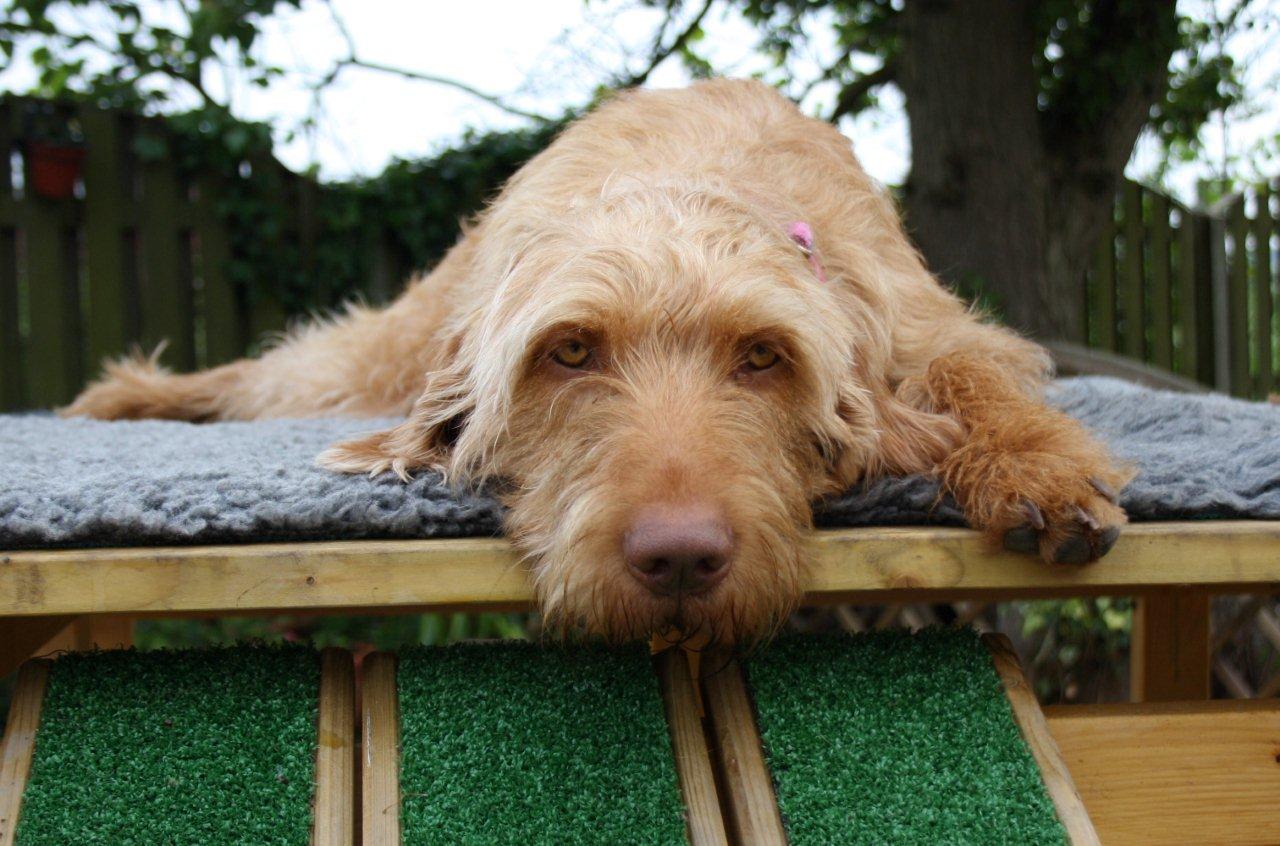 Leiborschy Lololi In Pocket. Off the cuteness scale this gorgeous puppy was chosen to compliment Leiborschy Yvie and to not cause too much Victor Meldrewness to Floyd, the senior Miniature Poodle. Lola is a bundle of fun and sweetness tempered with a cheeky streak that is guaranteed to make to chuckle every day. Quick to learn she has sussed out Yvie and Floyd and they now know who is in charge! Our hope was that Yvie and Lola would be best of friends and our hope has been realised. So if you see two Wires tearing up the beach in North Norfolk, chances are they will be Yvie and Lola. 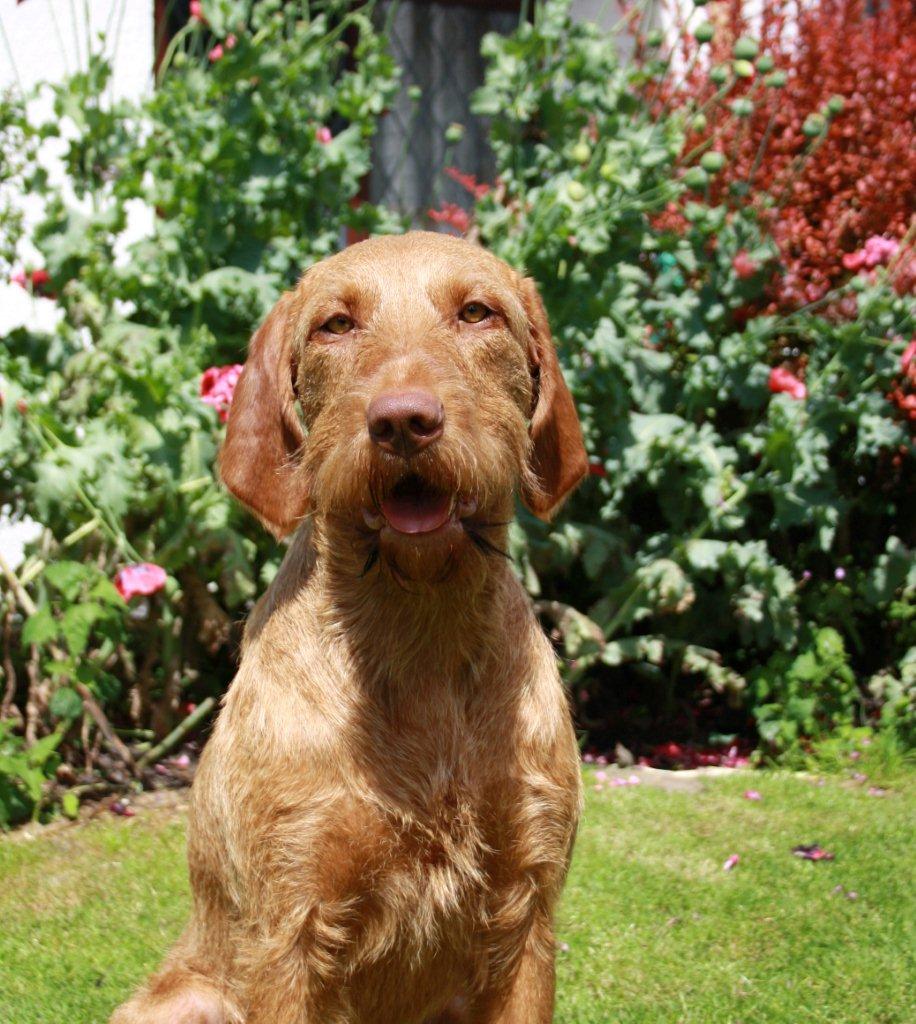 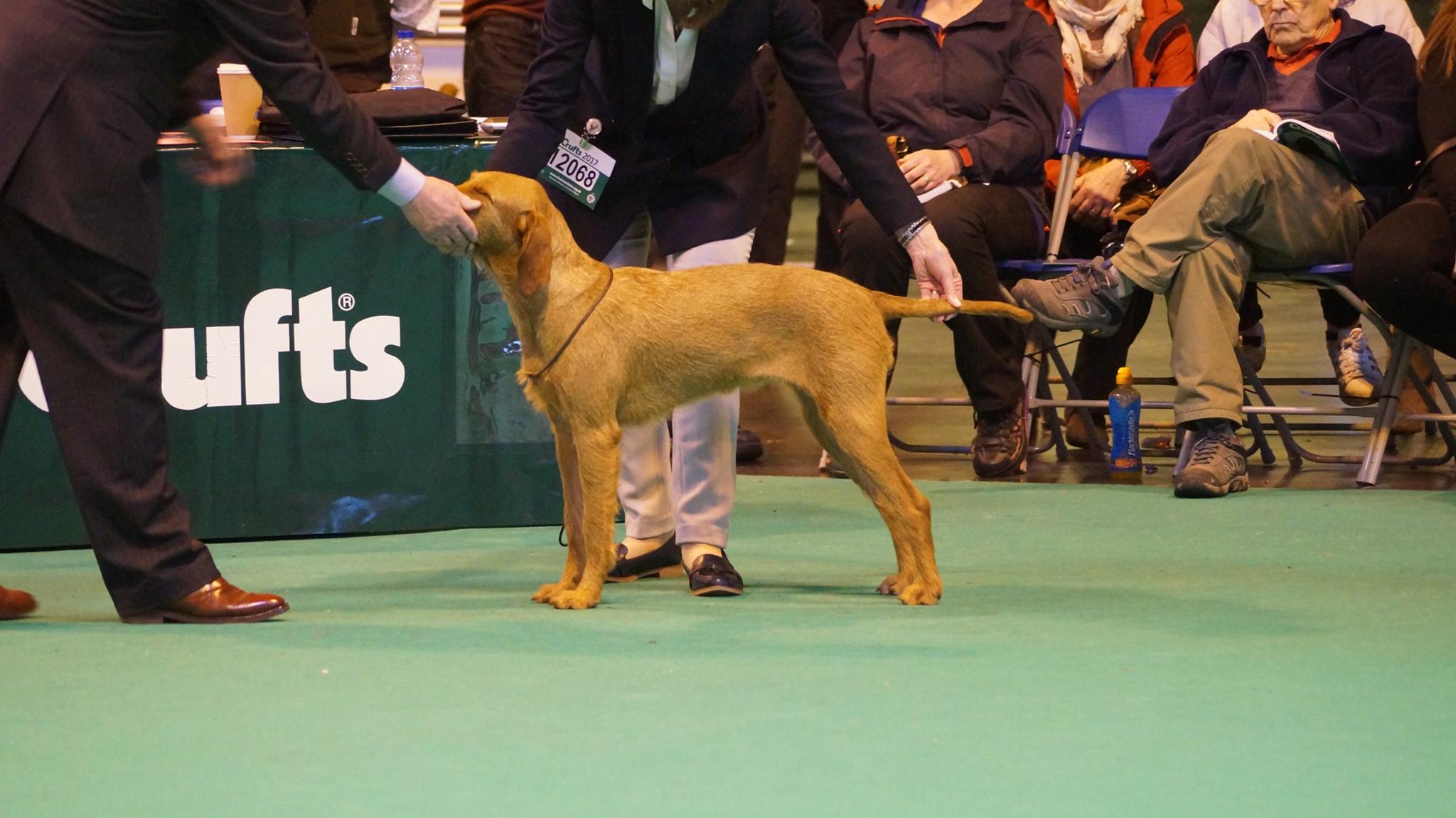 Leiborschy Maia Do Ones Best. Maia was nicknamed Jumping Bean when she was with us, your hair, face and clothes were not safe if you bent down! She starts life in Notts with experienced dog parents and we will see her regularly, in and out of the show ring. Maia has the company of Phil and Pauline and two super, patient, respectful young men who she will grow up with and we are sure there have amazing, fun times ahead. Maia is HUU tested.

"unlucky to meet 1 this lovely moving pup has a good head, clean neck into shoulder, good bone and feet, see she is by my top dog today, her handler needs to bring her on to get the best from her, much to like"

"Holt’s Leiborschy Maia Do Ones Best, different type to the winner, not quite the body at the moment but plenty of growing time to catch up. Has a balanced outline & moved well enough for her age" 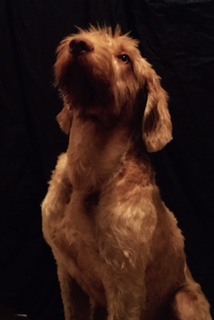 Leiborschy Skiffins By Hand. Skiffins starts life in Oxfordshire with Jenny and David, Morgan and Joe, who were already in the Leiborschy family. Most like her Mum, Skiff has a larger than life personality and it is impossible not to fall in love with her. Skiff has an aura of total loveliness and charm, is extremely pretty and very quick to learn. A substantial girl in all ways, she broke our hearts when she left. Leiborschy Jante A Legacy. The most adaptable, easy to live with, melt your heart puppy, Jante stays here with us to help ease the pain of losing her Mum Griet. Meet Jante here.